The Restigouche is a stately flow, winding through northern New Brunswick on its way to the Gulf of St. Lawrence.  At its mouth rests the hamlet of 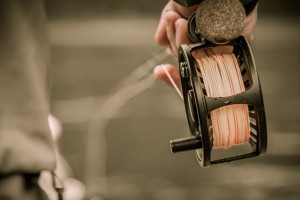 Campbelton, a village with a penchant for Atlantic Salmon, the community’s lifeblood.  They hold a multi-week salmon festival.  There’s Salmon Avenue.  And the Miss (and Little Miss) Salmon pageants.  Upstream there is no fanfare, only one of the thickest runs on Atlantics left in North America.  They’re protected by law, but more so logistics. Because unless you know someone high on the totem pole, you can’t get to them. 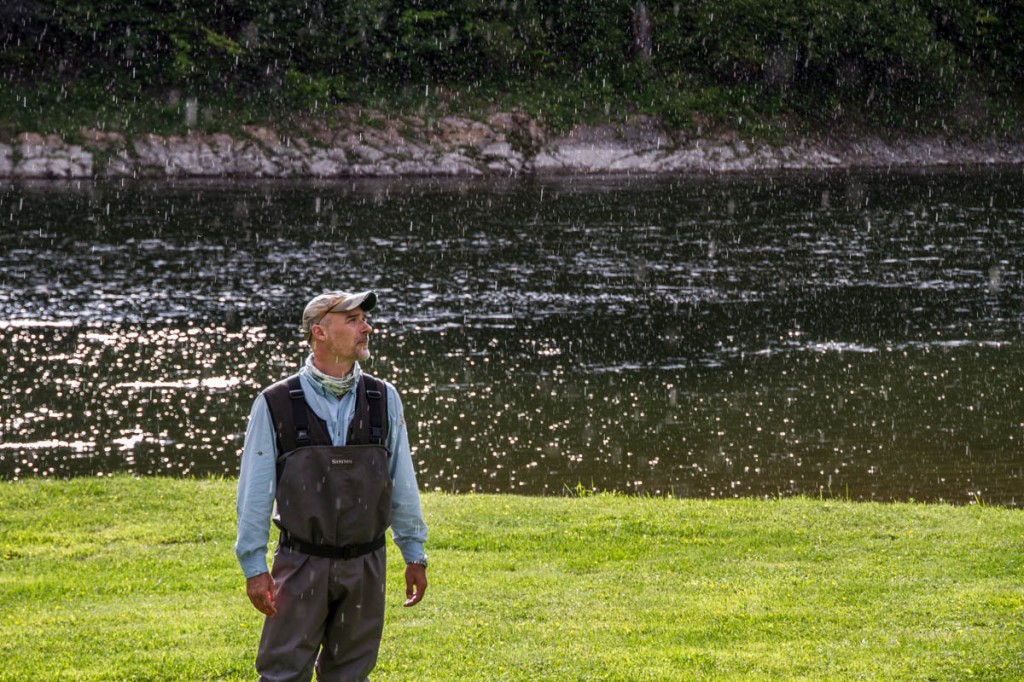 Atlantic Salmon are in, without hyperbole, grave danger in North America and parts of  Northwestern Europe.  Moratoriums on commercial fishing, dam removal projects and habitat restoration have helped restore the once impressive salmon migrations on rivers in Iceland, Norway and parts of Canada.  Yet despite the institution of these same efforts on New England rivers and others in the Canadian Maritimes, the struggling Atlantic salmon run continues to falter. Just last fall in my home state of New Hampshire the government closed a $750,000/year salmon stocking  program, as only twenty-two recorded fish reached the upstream checkpoint, a shocking reminder of the damage that has been done  to these waterways.  But not the Restigouche.

Over a hundred years ago most of the water rights to the Restigouche were systematically purchased by a cadre of wealthy New Yorkers.  The Dodge family.  The Vanderbilts.  These men, forty in all, leased rights to the banks and bed of the majority of the river, keeping angling pressure low, daily catch potential high, and the middle-class out.  They coined their operation the Restigouche Salmon Club, which would quickly become one of the most exclusive angling clubs in the world. 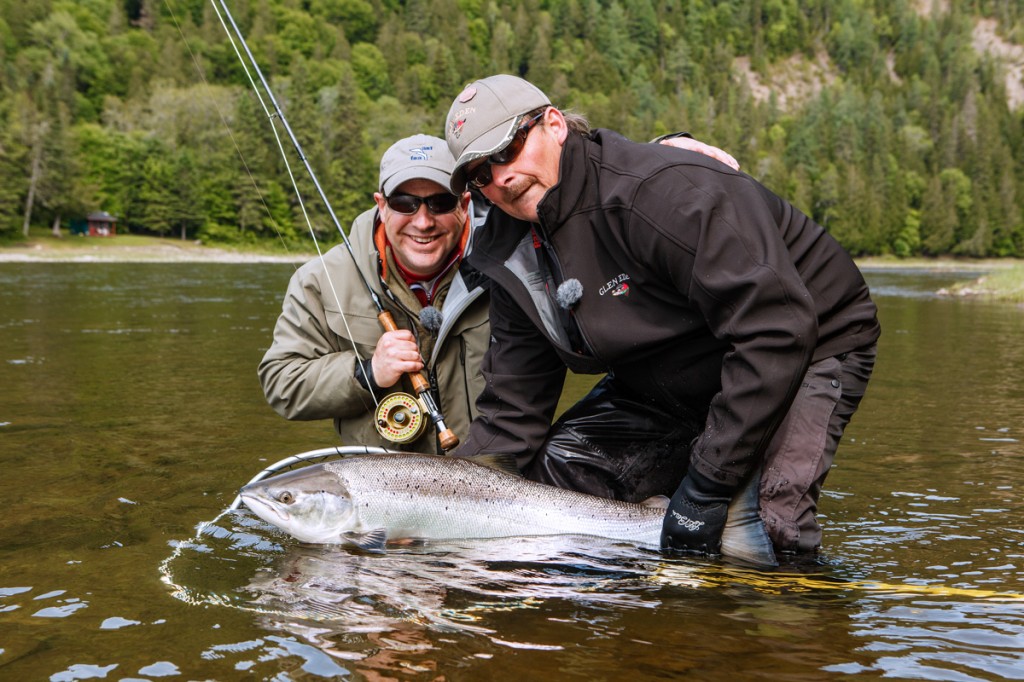 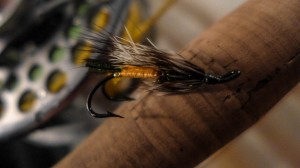 The Rusty Rat of the Restigouche

The river has been this way, hidden behind The Great Oz’ curtain, until the recent liquidation of the Royal Bank of Canada’s fishing camp, the only property in a long stretch of river not owned by the salmon club.  It was sold to Ryan Albright, a dashing young local potato-chip company entrepreneur who has finally opened a limited number of rods to the public.  Change is afoot on the Restigouche. 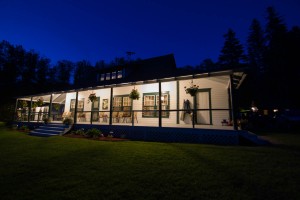 Aside from one government-owned camp and a public lodge far downstream, rights to the entire river, save for Albright’s camp, are owned by the Restigouche Salmon Club.  I twice tried to floss membership details out of their lodge manager but received no more than a tongue lashing.  Local lore has it that they charge $1,000,000 USD to join, $100,000 a year dues for two weeks on the water.  Recently reported guests have included Norman Schwarzkopf and G.W. Bush.  Guests.  Not members.
These dignitaries, or simply wealthy, networked fly fisherman eased by England’s Flat in twenty-six foot canoes as I fished it this spring.  England’s Flat is the belly of water affront the Glen Eden Lodge, Albright’s lodge.  Along with Ray Plourde and James Sidney, I was among Albright’s first few guests, as he’d just beat the Restigouche Salmon Club in a bidding war for this coveted one-mile stretch of water. 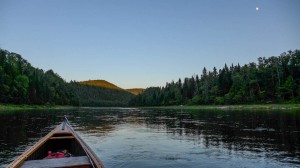 One of many holding pools on the Restigouche

As we cast into the riffles, I hooked up with my first Atlantic Salmon.  A plump fifteen pounds, I slid him back to spawn another day, all the while wondering, if this river wasn’t harbored in secrecy by the Restigouche Salmon Club, would this fish have made it this far upstream?  These men have held this river hostage from bourgeois fly fisherman for years. Perhaps their model ironically saved these fish from the decimation they face on other waterways.
Read more about the Restigouche in the April issue of This Is Fly. 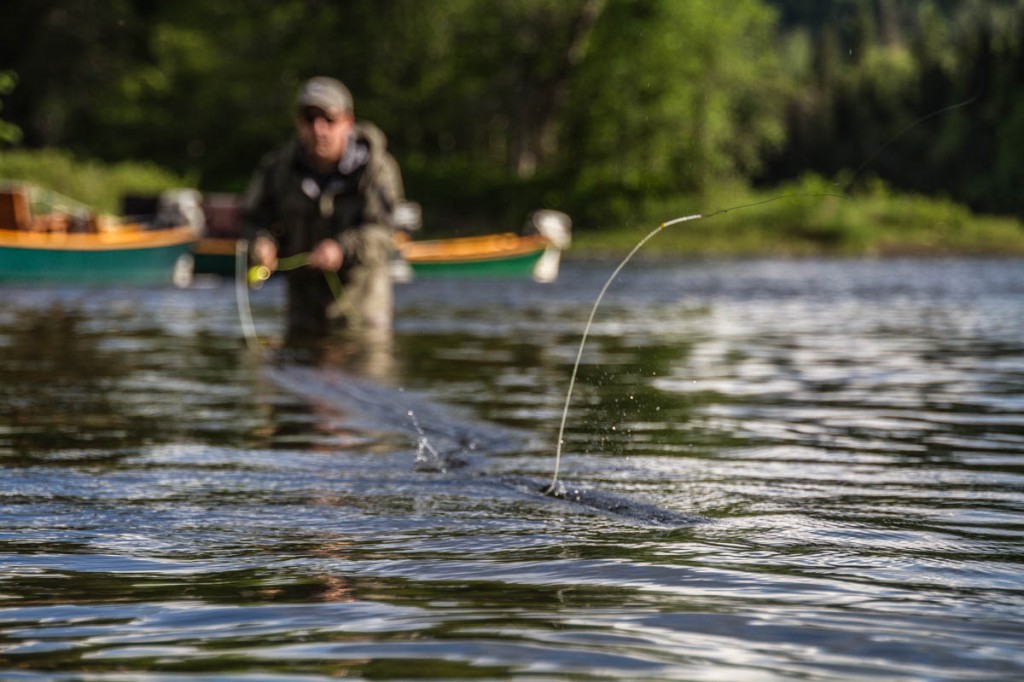 Ray Plourde drops one in the honey hole